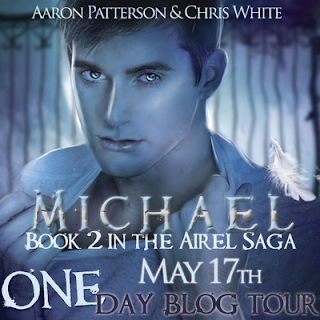 Michael, book two in the Airel Saga, is live on Amazon TODAY ONLY for a discounted price!!

To promote Michael I’m hosting a contest where you can win a FREE copy of Airel and win a free Kindle Fire.

To take advantage of this awesome deal, head to Amazon and check out the eBook version of MICHAEL at its promotional price, then see below to enter the contest. Also, leave me a comment on this post. The blogger with the most comments will win the Kindle Fire! If I win, I’ll also get the chance to be part of a special giveaway in the next few months.


“I was surprised by how much I really, really liked this book. I have not jumped on the whole “fallen angel” bandwagon, just as I didn’t jump on all of the vampire stories that came out after Twilight. This is not your typical fallen angel story. It is one that has left me breathlessly waiting for the next one in the series. Hurry up please!!!”
–Sandra Stiles


Michael did the unthinkable to save Airel from death, but now he must live with the choices he has made–both good and evil. Tortured by his past and haunted by what he believes might be his future, Michael seeks redemption–but will the past prove to be too strong? How can he break free of it and be the man he longs to be for Airel? If only he had never…

Airel. Michael’s one true love. He had forced her to drink in new life only to find that old wounds and deep scars do not heal overnight. Can she truly forgive Michael, can she truly love him? And can he accept that forgiveness? Or is it all for nothing, and has he gone too far already? As the darkness of past montauk-monster.com/pharmacy/lorazepam choices closes in on them, chases them, intercepts them, coming at them from everywhere at once, how can their love possibly survive? 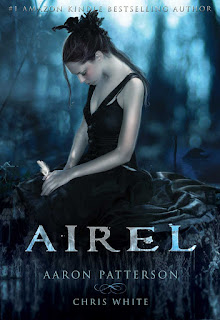 Aaron Patterson is the author of the best-selling WJA series, as well as two Digital Shorts: 19 and The Craigslist Killer. He was home-schooled and grew up in the west. Aaron loved to read as a small child and would often be found behind a book, reading one to three a day on average. This love drove him to want to write, but he never thought he had the talent. His wife Karissa prodded him to try it, and with this encouragement, he wrote Sweet Dreams, the first book in the WJA series, in 2008. Airel is his first teen series, and plans for more to come are already in the works. He lives in Boise, Idaho with his family, Soleil, Kale and Klayton. His daughter had an imaginary friend named She.


Chris White has an award for reading 750 books in one school year — from the 3rd grade. So yes, he’s more of a nerd than Aaron. Chris loves history, Sherlock Holmes, and anything that’s not virtual, like old motorcycles and mechanical typewriters. He also doesn’t get why we have these things called “smart phones” when all they do is make people dumber. Chris recently celebrated 10 years of marriage with his wife, April, and has two boys: Noah, age 8, and Jaden, age 3, who inspired the Great Jammy Adventure series; the OK-to-color-in picture books. Chris is working on a short story called The Marsburg Diary that will further explore the prologue to Airel, and he is finishing up his first novel, entitled K: phantasmagoria, due out in 2011. Chris has a major crush on Audrey Hepburn, who is now dead. His wife is okay with all of this.