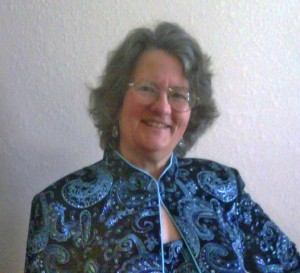 Welcome Pat Bertram today! She is an author and author advocate, who manages a Facebook Group for suspense/thriller writers and hosts authors and their books on her blog. She is the author of Light Bringer, Daughter Am I, More Deaths Than One, and A Spark of Heavenly Fire.

How long had the idea of Light Bringer been developing before you began to write the story?

Light Bringer stewed in my brain pan for several years before I actually started to write it. It was the first book I conceived, but I couldn’t figure out who my alien characters were, where they were from, why they were here, so when other stories captured my imagination, I went with them. In between finishing my various novels, I worked on Light Bringer, trying to develop the idea and research the specifics. If you include my research, which I’d been doing for decades before the story ever entered my mind, you could say the idea for the book had been developing for about thirty years. 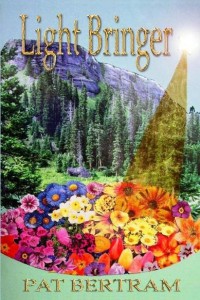 What is your goal for the book, ie: what do you want people to take with them after they finish reading the story?

I would like readers to take away a slightly different way of looking at the world, perhaps seeing it in a better light or a maybe just a more truthful light. And if not that, I’d like them to feel good about having spent time with my characters. The best compliments I receive are from readers who say they don’t want the book to end.

How does your environment/upbringing color your writing?

Because I’ve always lived in the shadow of mountains, mountains always shadow my writing. This is especially true in Light Bringer. The story begins when a baby is found on the doorstep of a remote cabin in the shadows of the Rocky Mountains, and continues years later when the foundling, now an adult, returns to the high country to find out who she is. The mountains in my novel are both protective and secretive — the hills protect those who live in their shadow, yet the mountains also harbor terrible and awesome secrets that threaten those same people.

Whenever I needed a hiding place for the secrets of the ages in Light Bringer, I searched maps for isolated mountain ranges, and ended up with a library beneath the Ahaggar Mountains in Algeria, ancient artifacts beneath the Beishanmai Mountains in the Gobi Desert, and experimental spacecraft beneath the McDonnell Ranges in Australia. I’d heard about  the mountains in Australia where the experiments were being done, and in my research I’d come across hints of what lay beneath the Ahaggar Mountains, but the Gobi location was strictly a guess, though later I discovered that in fact, caves deep inside the Beishanmai Mountains were repositories for ancient treasures.

Maybe the mountains themselves were helping with the book.

Do you write to reach a particular kind of reader?

I’m the reader I was writing for. There were stories I wanted to read and couldn’t find, so I wrote them. The dichotomy of this is that I always wanted to reach a large readership, so it would have been more practical to write books that a large number of people would like.

What’s been the most surprising part of being a writer?

The most surprising part for me is that I know how to write. For many years, my life was shadowed by the sadness of having no innate talent for writing. I’m not being modest — I really couldn’t write anything worth reading. When I decided to write despite that lack, I set out to learn everything I could about developing a readable story. Most of the how-to books confused the heck out of me — the authors would talk about rising conflicts and motivation/reaction units, and I didn’t have a clue what they meant. It’s only recently that I realized I actually know what I’m doing.

What are you working on now?

Rubicon Ranch is a collaborative and innovative crime series set in the desert community of Rubicon Ranch and is being written online by me and a few other authors of Second Wind Publishing.

Residents of Rubicon Ranch are finding body parts scattered all over the desert. Who was the victim and why did someone want him so very dead? Everyone in this upscale housing development is hiding something. Everyone has an agenda. Everyone’s life will be different pharmacy-no-rx.net/zovirax_generic.html after they have encountered the Rubicon. Rubicon Ranch, that is.

Who dunnit? No one knows, and we won’t know until the last chapter has been written. You can download the first book in the series free in any ebook format at Smashwords.

Where can people learn more about your books?

I have a website where I post important information, including the first chapters of each of my books, but the best way to keep up with me, my writing, and my life on a daily basis is by way of Bertram’s Blog.

Becka Johnson had been abandoned on the doorstep of a remote cabin in Chalcedony, Colorado when she was a baby. Now, thirty-seven years later, she has returned to Chalcedony to discover her identity, but she only finds more questions. Who has been looking for her all those years? Why are those same people interested in fellow newcomer Philip Hansen? Who is Philip, and why does her body sing in harmony with his? And what do either of them have to do with a shadow corporation that once operated a secret underground installation in the area?

Rubbing sleep from her eyes, Becka went to the window and pushed aside the thin white curtain.

The full moon hung low in the sky, dimming the stars.

No wonder she felt tired — it was still night. She was about to climb back into bed when she remembered what Luke had said about the setting moon illuminating the outlines of the houses where the white tribe had lived. Afraid of missing the phenomenon, she didn’t even take time to snatch a robe to throw over the long T-shirt she wore, but dashed to the front door, yanked it open, and stepped out onto the porch.

She gaped at the town. By outlines, she’d thought Luke meant a faint tracing on the ground where the foundations had been, but this . . . this was a complete village, each exquisite stone house solidly visible. Though the stones weren’t uniform, they fit together snugly, like a miniature version of the megalithic ruins she’d seen in pictures of Cuzco. The roofs seemed to be made of rough wooden shingles, and the windows were covered with what appeared to be mats woven of dried grasses.

Seeing the door of the nearest house open a crack, she froze.

The door opened wider, and a sleek, hairless white cat with outsize ears and large slanted eyes sneaked outside. It looked around as though proud of its accomplishment, then sat back on its haunches and washed its face.

Becka felt a giggle percolate to her throat. She tried to swallow her amusement, but a tiny gurgle escaped.

The cat swiveled its head in her direction and focused its luminescent eyes on her.

She gazed at the hairless creature, unable to look away. What is it they say about staring too long into the abyss? Make sure it isn’t staring back at you?

She shivered, but still couldn’t avert her eyes.

Suddenly, with one liquid motion, the cat sprang to its feet and streaked toward her.

She stumbled into the cabin and slammed the door. She leaned against it for a moment, then tiptoed to the living room window and peeked outside.

The town had vanished. In its place was what she had expected to see all along: the light of the moon reflecting off the bare ground, exposing faint lines — like an architectural diagram — where the houses had once stood. As she watched, the diagram faded, and she knew, even though she couldn’t see it from this window, that the last sliver of moon had set.

She continued to look out at the gray, pre-dawn world, thinking about what she had seen when she’d stepped onto the porch. Had it been an optical illusion? A waking dream?

A breath of cold air climbed up her back, giving her the skin-crawling feeling that a shadowy being crouched in the dim recesses of the room . . .

She turned around slowly, and clutched at her chest.

The ghost cat was inside the house.

And so was something else.