I’ve jumped into the fire! I joined the April Blogging from A to Z Challenge. For one month its a quest to post every day except Sundays during April and blog thematically from A to Z (except the first Sunday, April 1st, which I missed by signing up late!). Find out more here.

Some folks are following a theme for the entire month like my friend, YA Author Catherine Stine, who is posting from A to Z on the creative life. She is writing about writing and art, and how to live as fruitfully as possible as a creative being.

Me? I will throw myself to the winds and write about the first thing that comes to mind under the letter of the day.

Since I missed starting on April 1st I will do A and B here! Follow along for one month. I hope I can pace myself and write random interesting things at least. Like a diary for all to see. 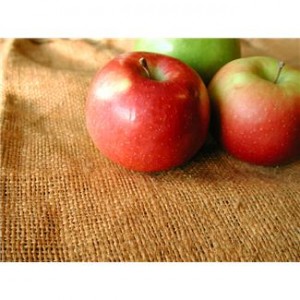 A is for…apples of course. I adore apples. So much wrapped up into a fruit of so many colors. They hold memories and ancient seeds.

Did you know that archaeologists stumbled across half eaten carbonized apples from the Iron age in a prehistoric lakes? They even found evidence that Stone Age people ate them as well. The apple tree is thought to be the oldest cultivated tree in the world. This lineage of old forges forgotten memories in me.

The ripened scent of an apple spills warm sun across my face and golden leaves. No matter if I’m standing in a winter shadow or a spring rain. It’s autumn every time for me. My favorite time of year. It’s bubbling apple pies and home made apple sauce. Cinnamon and cloves wash over me. It’s family and love and peace.

It’s the low buzz of bees in my old homestead montauk-monster.com/pharmacy/lexapro orchard where the purple Catskill mountains rose above. Crooked fingers there grasped yellow and green knobby gifts. They held them tight until it was time to let go. On Indian summer days I gathered apples along craggy rock walls. My mother turned them into stewed apples for breakfast. I’d pile them high on her homemade biscuits with sorghum. She may be gone but not the pictures she left behind.

So much wrapped up in something so small. I’ll carry it with me always. And each time the scent clings to me I live again anew that which is long passed.

Do you have a special food that brings alive so much to you? 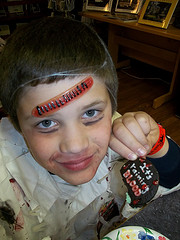 B is for boy. All boy. That’s what my son is. And we speak the same language. Silly sounds and songs. Tickles and hugs. Belches and hollers. Jumping and soaring onto cushions. Dancing to crazy music. Sock fights and karate matches. Matchbox cars and LEGOs. SpongeBob and Diary of a Wimpy Kid. Worms and zombies. Scrunched up faces and sticks caked with mud. I love it all. And wish I was a boy.

It’s even been confirmed. In counseling once as a child I was tested. Result? “She wants to be a boy.” And now I get to be one. No silly tutu’s here. Only rip-raring toot toots. No dolls and tea time. Only car crashes and death defying stunts. No nailpolish and lip gloss. Only skull t-shirts and baseball hats. No princesses and fairies. Only Transformers and Hex Bugs. No tidy rooms of pink and green fluff. Only a war zone of cracked plastic, metal, crushed stinkbugs, and goo.