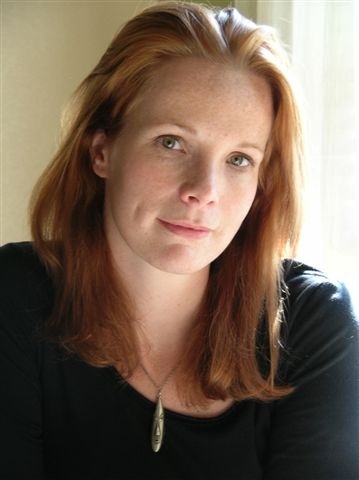 Today fellow International Thriller Writers Debut Author F.T. Bradley stops by to talk about her middle grade adventure novel Double Vision (Harper Children’s). She’s lived all over the world and loves to write stories that are fun, fast paced, and full of adventure when she’s not watching movies or eating fancy cheese. 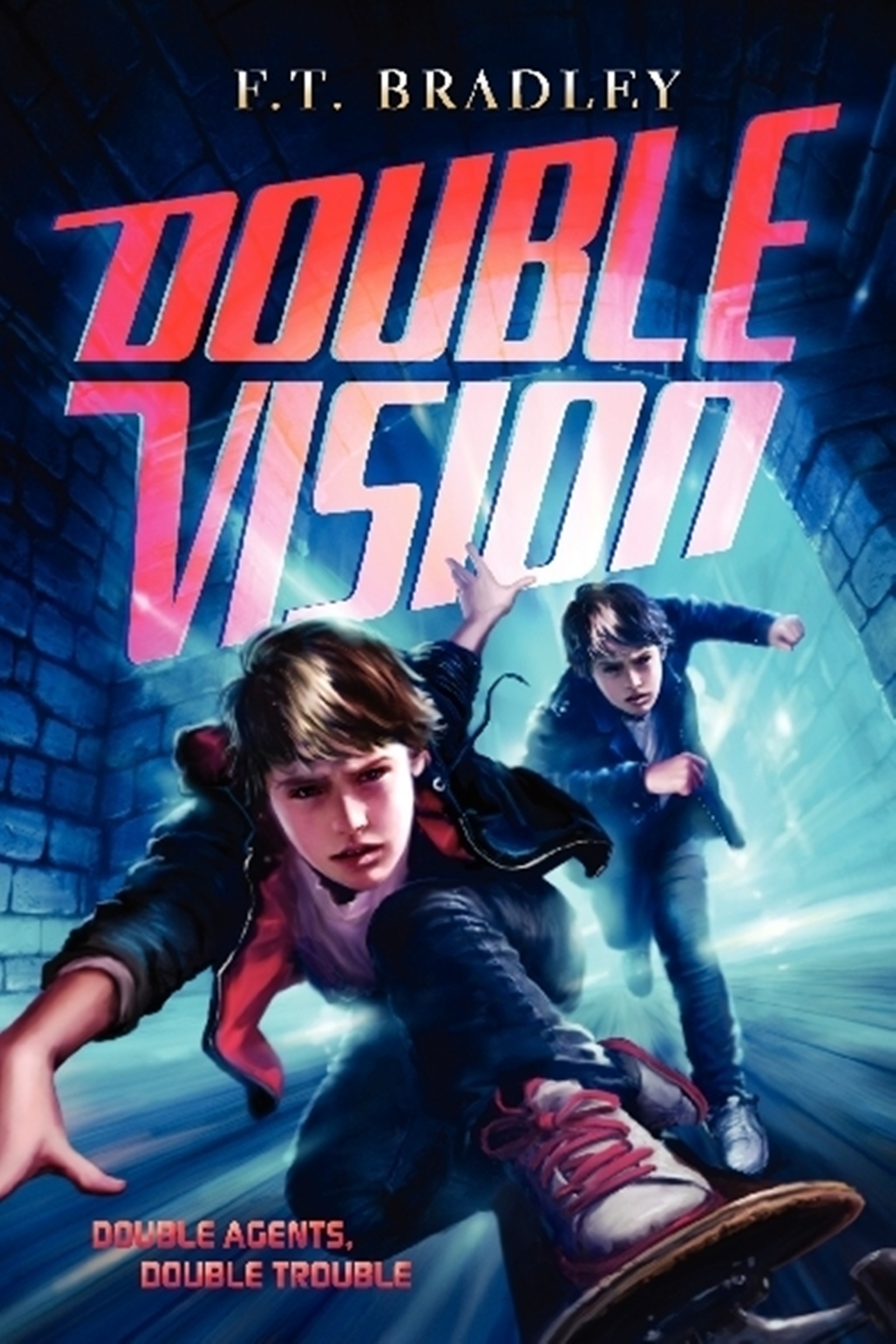 Q: Tell us about Double Vision! Is it a series?
Double Vision is the story of Linc, a 12 year-old trouble-maker who takes things just a little too far on a school field trip. His family gets sued, but then these secret agents show up at his doorstep, and they promise to make his troubles all go away. Only Linc needs to do them a favor…

There’s a missing junior secret agent named Ben Green, and Linc looks just like him. Linc has to take Ben’s place on a top-secret mission in Paris. Only nothing is what it seems, and Linc quickly finds himself in over his head. He has to use his quick wit and courage to make it out alive.

Yes–Double Vision is the first in the series. The second book is out in the fall of 2013; it’s called Double Vision: Code Name 711. It’s been such fun to write–and continues to be as I work on book three.

Q: What made you decide to write a middle grade adventure?
I’d been writing short crime fiction, and then YA mysteries for a while. I queried my current agent, who suggested I write middle-grade (based on my writing style). Fast-forward past some trial and error sample pages, and he sold the series to Harper Children’s. I never thought I’d write for tweens, but now I can’t imagine things turning out any different. I really love writing middle-grade.

Q: How did you figure out all the codes and ciphers in Double Vision?
Don’t tell anyone, but I used a book 🙂 I found a great reference for kids on codes and ciphers, and I learned enough about them to write codes for Double Vision. Linc has to solve them to get to the next clue, and readers can follow along.

Q: What kind of research did you do on how to write about being a junior secret agent?
I researched the CIA and FBI, but since there are no real-life junior agents (as far as we know anyway…), I definitely had to make it up along the way. Linc, the main character in the series, is the kind of rule-breaker who manages to push the envelope to get the mission done. I’d like to think that makes him a good (although a little unpredictable) junior secret agent.

Q: As a thriller writer can you share with us the most “thrilling” event that ever happened to you?
Hmmm… I mostly get my excitement from writing fiction (it’s nice and safe). But I once got caught in a North premier-pharmacy.com/product/atarax/ Dakota storm, when an F-4 tornado missed us by a hair. That was enough thrill to make me wish for thriller fiction instead 🙂

Q: How did you find your “voice” to write from a twelve-year old boy’s perspective?
I know it sounds strange, but my main character Linc just kind of showed up. His voice is fun, and what fans respond to most. I have to watch out when I’m writing though, because sometimes he makes a run for it with my plot. Writing for kids is a blast–I get to pretend to be twelve for a living, which has to be the best job in the world.

Q: You grew up in the Netherlands. Share with us what kind of childhood that was.
There was a lot of biking (the Dutch bike everywhere), ice skating on snow days, and tadpole fishing. I’m old enough to remember the days when building a fort in the backyard was the thing to do. No computers or phones, and not a whole lot of TV–I had a very nice childhood.

Q: You’ve lived all over the world. Which was your favorite place to live and why?
I absolutely love California, so I made it Linc’s home. The weather is great, the people are nice, and there’s always something to do. Maybe someday I’ll get to move back there…

Q: How would you describe your life in only eight-ten words?
Raising tweens, writing for tweens, living the writing dream.

Q: If you could acquire any talent, what would it be?
I’d love to know how to draw. As a children’s author, I meet lots of illustrators. I’m in awe of their talent. I can’t even draw a decent stick figure.

Q: Say your publisher has offered to fly you anywhere in the world to do research on an upcoming book, where would you most likely want to go?
Rome, I think. That would make such a cool setting for a Double Vision adventure. Ha! In my dreams.

Q: What is your biggest pet peeve?
In general, people who are rude drive me nuts. Lately, I see a lot of people fiddle with their phones while there’s a person sitting right next to them, looking ignored. That’s so sad.

As a reader, I don’t like perspective changes in the middle of a chapter. Makes it so hard to keep up.

Q: Tell us about your next project!
I’m working on Linc’s third adventure, and having a blast writing. The story set in Los Angeles, but that’s all I can say for now…

About F.T. Bradley:
F. T. Bradley is originally from the Netherlands and still likes to travel, like Linc, whenever she gets a chance. Her husband’s Air Force career has F. T. and their two daughters moving all around the world, but for the moment the family lives on the Mississippi Gulf Coast. Double Vision is the first book in her new series about Linc Baker and Ben Green.