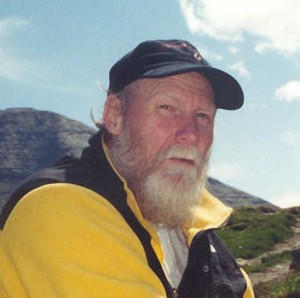 It’s free, but what if nobody downloads my book?
by T.C. Isbell

Books in Amazon’s KDP Select program are allowed five “free” promotion days every ninety days. My book was nearing the last month of its enrollment period in the KDP Select program and I hadn’t used any promo days. I elected to use my days with two promos before time ran out. The first promo ran three days over the Father’s Day weekend in June and the second promo ran July 4th and 5th. 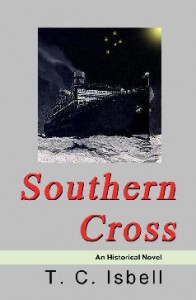 The second promo resulted in an additional 427 downloads in the US and UK. Two weeks after the promo ended, Southern Cross was rated #10 on the “paid” list under “Historical Mysteries.” As I write this article the ranking is #118 out of over 13,000 books. The ranking in the more specific categories of “WW2 Thriller” or “WW2 Historical Fiction” has been #1 for over a month.

So much for rankings. What about sales? Before the promos, sales were poking along at fifteen to twenty books per month, with a couple of spikes into the thirty range. In the month of July sales for the Kindle and paperback editions are approaching one hundred and the month isn’t over.

There were several marketing avenues that worked for me. I posted a blurb and links to the promos on my Facebook wall and in some of my Facebook groups. A number of websites specialize in listing the free books on Amazon.

There are other websites that charge a nominal fee, however I didn’t use them. I don’t know how well they work. Generally, I shy away from things that cost me money. Many of the no charge sights are automated and list a book the day it goes free. I sent out periodic tweets with hashtags that announced the promos and updated the download numbers throughout each promo. Hootsuite allowed me to schedule my tweets so they reached the UK and Europe when people were awake.

As I reflect back on the numbers, it’s apparent that running a free promo the day of a major holiday, like Independence Day, was not a good idea. Most diazepam people weren’t sitting at their computers and shopping on July 4th. The downloads came the following day. Next time I will use one promo day at a time and space them over a longer period. My data also indicates that Fridays are not a good day for a promo.

I recommend that you allow your book to collect eight to ten good reviews and build some name recognition before launching a promo day. I think it helps if people are already talking on Facebook and in blogs about your book. Make sure you have your Amazon Author’s page up and running. It’s your brand. Ensure you have a solid, well-written book blurb. It’s your sales pitch-your hook. Look at your cover as if you have never seen it before. Is it the best it can be? Fix it if it’s too dark or hard to read. Your cover is the first thing perspective readers see.

Did the KDP free promos work for me and would I do it again? Absolutely. It’s all about visibility and the free promos definitely can make a book visible in a crowded market. I wanted to place my book in the hands of as many readers as possible. The promos resulted in new reviews on Amazon and a sizable increase in sales.

About T.C. Isbell, in his words:

My family moved around when I was young. I’d like to say we were one step ahead of the law, but that wouldn’t be true. Life wasn’t that exciting. I was a service brat. In the sixties we settled in San Diego. I served six years in the US Navy with most of that time spent on the USS Enterprise as a nuclear plant operator. After my discharge, I attended college at San Diego State University and graduated with a degree in mechanical engineering. In the early eighties I moved to Bremerton, Washington and worked at Puget Sound Naval Shipyard until I retired in 2005.

I am a member of the Pacific Northwest Writers Association and International Thriller Writers (ITW). Last year I was one of the judges for the ITW’s Big Thrill and I am looking forward to judging again this year. I maintain a website, MysteryAlley.com, to provide an opportunity for people to explore my writing. I write under the pen name of T. C. Isbell to avoid confusion with Tom Isbell, the actor.