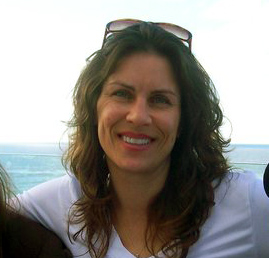 Today I have a special treat. I’m posting a short story from The Writer, the first in the murder mystery series A Hint of Murder by Lia Fairchild. She is a native Californian who loves reading, writing, movies, and anything else related to the arts. Lia is also the author of the novel, In Search of Lucy.

A Hint of Murder:
The Writer
by Lia Fairchild

Since the first body was discovered, she’d had nothing but heartache, worry and guilt. Alicia Fairfield prayed it was a coincidence; that the murdered young woman had nothing to do with the story she had created. A story that was played out on the big screen just last week. Perhaps making Vegas Vendetta, her tenth bestseller, into a movie had been a mistake. The Las Vegas Showgirl was fatally stabbed the night of the premiere. Alicia and her agent Edward spoke to the police the next day before Alicia returned to her million-dollar home snuggly perched in the rolling hills of Marin County.

Alicia clutched the bottle tightly, closed the medicine cabinet and stared at herself in the mirror. A pair of icy blue eyes gazed back at her as she smoothed down her straight blonde hair. At forty five, she was just beginning to show the signs of aging. For a moment, the stranger in the reflection hypnotized her but she tore herself away from the image and left for the kitchen. She passed through her dining room, decorated to perfection, and her hallway adorned with gorgeous paintings, some of them her own creations. When she reached the sink, she filled a glass with water and took it along with the pill bottle to the other side of the counter. Then she set them down next to her laptop and took a seat at the end barstool.

Alicia glanced down at the morning paper, and reread the headline. “Copy Cat Killer Strikes Again.” The article detailed the killing of the showgirl and linked it to the recent murder of a nurse found dead behind a free clinic in Novato. A source told the paper that a page from A.J. Field’s novel From the Shadows had been left with the nurse’s body. The pen name was Alicia’s attempt to have a private life and keep her family—mainly her mentally ill son—away from public scrutiny. 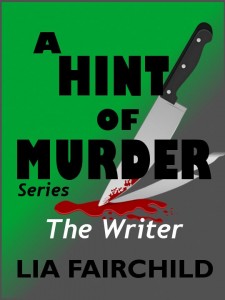 Alicia set the paper down and turned to her laptop. Mesmerized by the blinking curser, she contemplated what she would write. For the first time, these would be her words. It was possible two lives had been taken because of the words she’d written in her novels. Should these be the last words anyone would ever read from A.J. Field?

The white page grew blurry as tears welled in her eyes. She rested her hands on the keyboard, sighed and began to type the incoherent thoughts that scattered in her mind:

To my dearest David, a beloved son that never found happiness, I am truly sorry. And, my agent Edward, thank you for years of support and friendship. I would never have made it this far without healthcpc.virusinc.org/tramadol/ you. To all my faithful fans out there, I’m so grateful I enriched and heightened your love of reading. As I truly believe that our decisions—

A loud pounding at the door startled Alicia and made her jump. She sat frozen wondering what to do. The pounding came again accompanied by a loud grumbling voice. “Alicia! Alicia, open the door! It’s me Edward!”

Fearing the dreadful tone in his voice, Alicia grabbed the pills and stashed the bottle in her purse. She raced to the door and opened it.

“My God, Alicia!” her agent said out of breath and leaning on the door jam. At sixty, he wasn’t in the best of shape. “Why haven’t you answered my calls?” He didn’t wait for an answer and stepped into the foyer. “Are you all right?” He glanced around the area, cast a concerned look upon her, and waited for answers.

“Edward, I’m fine. I just needed some time to think.” Her voice was calm; believable. Alicia grabbed him by the arm and led him to the kitchen. “Let’s get you something to drink, have you rest a bit.” Even though she saw him as a big brother—he was more than ten years her senior—she often felt the need to take care of him.

Alicia went to the refrigerator and pulled out a pitcher. “Tea?” she asked as Edward took a seat at the bar.

He nodded with a smile and watched as she poured the tea. Then suddenly, Alicia gasped as she realized she hadn’t closed the keyboard before running to the door. Her hand shook uncontrollably and her calm cover had been blown. Tea splashed over the glass onto the counter causing Edward to go to her.

“Let me help,” Edward said. He removed the pitcher from her hand with care and set it on the counter. Instinctively he took her in his arms and held her close.  “You’ve heard the news I take it,” he said in a gentle tone. “It’s okay, Alicia. You don’t have to be afraid. I’m here.”

She barely made a sound, yet Edward’s shirt dampened beneath her cheek. Surprisingly she had never let him see her like that and wasn’t sure how he would react. His gentle voice and strong arms were comforting and different from his routine business demeanor.

Edward walked Alicia into the next room, rubbing her back. “Here…let’s sit and talk.” He had grown expert in dealing with Alicia during difficult writing times.  Whenever she had a notion to quit it all and concentrate on her painting, or was conflicted over a storyline or character, he always skillfully talked her down. But this was different. How could he tell her everything would be all right when there were two innocent girls that had been murdered? Killed in almost the exact circumstances of her last two novels.

A Hint of Murder: The Writer is the first in the series and is available on:

For other works by Lia Fairchild go to: http://amzn.to/pdEUhh or http://www.liafairchild.com/