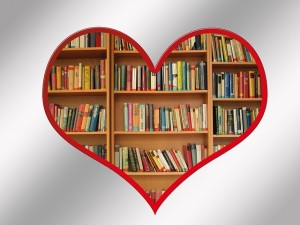 I’m over at Writers Helping Writers today talking about my eight steps to an agent, a publisher and a two-book deal. You never know what you may learn! Stop by and share your writing journey, or find out just how hard (and long) it can be to get a book to market. Want more writing advice? Visit my Writers Corner here for articles on the craft and business of writing.

And if you missed these best selling authors who stopped by my blog this year so far, check them out! New York Times bestselling author Allison Brennan, who talks about killing characters and keeping a series fresh, and Eric Van Lustbader, who was chosen by the estate of the late Robert Ludlum to continue the Jason Bourne novels, are both interviewed. Can’t get enough of authors? Check out all the authors who have been guests over the years.

And if you haven’t heard I’m thrilled to announce my 2-book deal with Month9Books for my middle grade fantasy series Joshua and The Lightning Road! Book 1 comes out April 2015 with book 2 following in December 2015.

But WAIT – there’s more (I know, accutane this sounds like an infomercial)! Joshua and The Lightning Road is launching Month9Books’ new middle grade imprint called, Tantrum Books, AND will be the first hard cover they ever released! It’s perfect for 8 to 13 year olds (just ask my son).

What’s Joshua and the Lightning Road about?
Twelve-year-old Joshua Cooper learns the hard way that lightning never strikes by chance when a bolt strikes his house and whisks him on an adventure to a world where stolen kids are work slaves ruled by the frustrated heirs of the Greek Olympians.

And if that weren’t enough to hoot and holler about, the sequel to A Human Element will be published by Imajin Books this summer! A Hidden Element contains more murder and mystery with a dash of steam.

Here’s the scoop on A Hidden Element:
When one couple’s son is taken by the same unearthly evil that once brutalized them, they race to find the kidnapper and discover his horrifying mission that binds them together–and their only hope is to trust the mad man’s son who puts his life on the line to save them all.