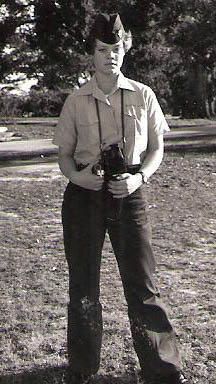 Ben Fieldstone in A HUMAN ELEMENT, finds himself in dire circumstances stationed as a U.S. Navy photographer in Pearl Harbor. I too was stationed in Hawaii as a Navy photographer. I know of the dangers sailors can find themselves in on the island of Oahu if they're not careful. I was told not to go to the Pali Lookout alone, a spot far above Honolulu in the Koolau Mountains. Set on cliffs with treacherous falls awaiting those who aren't careful. Or those who are tossed off...or jump off. END_OF_DOCUMENT_TOKEN_TO_BE_REPLACED

One month from today my paranormal suspense A HUMAN ELEMENT releases and so does the dark world of Ben and Laura! Each week until March 15th I'll be posting excerpts from the book. Take a closer look now at Ben and Laura. A match or not? Even if they are, can their steam overcome the danger that stalks them? You decide.... Ben Tall at 6’ 1” Lean and tough Dark looks, brooding Intense gray eyes Broken by evil influence A loner Closed off from love but ladies are drawn to him Laura Tall END_OF_DOCUMENT_TOKEN_TO_BE_REPLACED