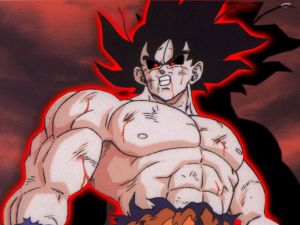 In my paranormal suspense, A Human Element, X-10 appears to be the obvious monster. He kills. He seeks blood and revenge. He has no remorse. Yet as we come to discover it’s a combination of his genes and environment, can we blame him?

My short story collection The Dark Inside  features stories about the monsters inside us; the things we fear, battle, and seek escape from. Sometimes we need to face them to conquer them.

And sometimes we create the very monsters we fear who are really to be pitied, like Mary Shelley’s Frankenstein. We can identify with him as we have all felt like an outcast, rejected and unloved at times. Is he truly the monster or is it the human who created him? In Jonathan Maberry’s Rot & Ruin series he reveals, through fast paced and horrific heart-grabbing scenes, that zombies are to be pitied and true evil lies within those who remain alive.

Is X-10 in A Human Element the true the monster in the book? And while his genes and environment have made him what he is, should be feared or pitied? Or both? You can meet him here.

I believe the true monsters in my book lie beneath the surface of characters that are not so obviously monstrous. The abusive foster father. The scientist who tortures his experiment. The doctor who sells a baby. The men who kidnap and torture a sailor. Do they get what they deserve in the end? You’ll have to read to find out…

He was seven when he discovered he would cipro never be set free. His doctors and teachers gathered together one day in his room to tell him he would never be allowed to go anywhere at all. It was too risky. They said he wasn’t human and could not live among humans.

When he asked if he could meet the girl, they shook their heads, not understanding him. What girl? He couldn’t explain. He just knew she was part of him and she was out there growing up with a family. He hated her for that. He wanted a family.

But X-10’s life would instead remain one of exhibition in a cell. And so he was left with the doctor, forgotten in a world that existed on the outside. A world X-10 planned to make his escape into. A world where he could have a name, not just a number. He could escape to mountains somewhere and live in remote woods. Unfound. Free.

“Charlie,” he grunted. “My name will be Charlie. A hero who escapes his prison and kills all these pigs.”

But first he would kill the doctor in a long and suffering way. Then he would find the girl and kill her too. X-10 hated the girl with intensity. Thinking of her threw him into violent rages when he tormented himself thinking of her life out there in the world.

“Laura,” he seethed through his steam-shovel mouth.

She got to live a life he never had. A life with a name.

Who are some of your favorite monsters?
Were they hidden monsters or obvious? And did they get what they deserved in the end or were they to be pitied and redeemed?