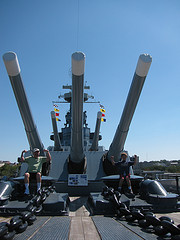 The Navy. Uniforms and big ships. My dad was a Communications Specialist in the Navy back in the 1950s. You can read his account of being stranded in Hurricane Hazel here.

I was a photographer in the Navy back in the 1980s. You can catch my story of recruit training in my memoir, Letters from BootCamp. It’s a detailed narrative that connects two generations of sailors weaving in advice from my “salt of the sea” Dad who supported me and reminds me to, “Hang in there. Head up. Chest out. Back straight. And keep those shoes polished.” 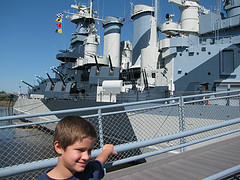 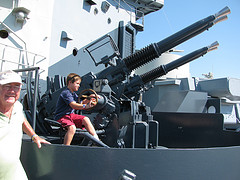 I’ve since been fascinated by tales from sea and the gigantic ships of the U.S. Naval fleet.

One of my favorite retired Navy ships to tour is the USS Naval Battleship North Carolina anchored down permanently in Wilmington, NC. My dad lives nearby in Southport, where we got to watch the USS NC nuclear submarine cruise up the Cape yasmin Fear river to Wilmington surrounded by Navy and Coast Guard security. Very cool.
/wp-content/uploads/2012/04/battle42.jpg”> 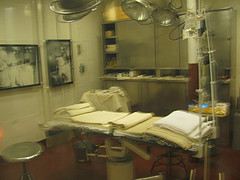 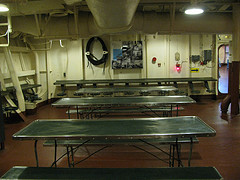 The USS Battleship NC became the first of 10 fast battleships to join the American fleet in World War II.

At the time of her commissioning on April 9th, 1941, she was considered the world’s greatest sea weapon. During World War II, the battleship participated in every major naval offensive in the Pacific area of operations and earned 15 battle stars. 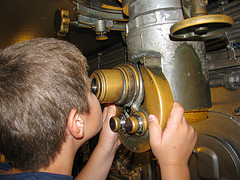 One day to visit the USS Battleship NC is not enough to delve into it’s bowels of history. From the big guns on deck to the mess hall, bakery, doctor and dentist quarters, engine rooms, captain’s quarters and more. This self-guided tour is the most comprehensive I’ve been on with each area decked in original equipment and marked with its human stories throughout history.

A don’t miss trip if you are near Wilmington, NC!