Today I have on author Alma Katsu talking about her cross-genre novel The Taker. It’s a category-defying novel that nonetheless was named a Booklist Top Ten Debut Novel of 2011. As a novel, it’s been described as historical, horror, suspense, romance, thriller, an “epic supernatural love story” and “like reading The Scarlet Letter on acid.” Whatever it is, the second book in the trilogy, The Reckoning, comes out June 19th. 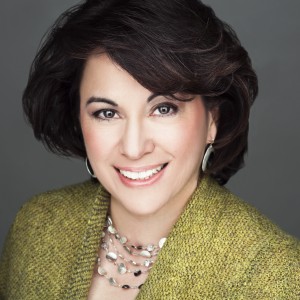 You’ll want to check out this hot debut novel!

Writing Outside the Lines
by Alma Katsu

I love getting fan mail from readers. It’s quite a novel experience for me, not only because The Taker (Simon and Schuster) is my debut novel, but because for thirty years I worked in intelligence and no one knew what I did, including my husband. (Though I did receive a fan letter from President Clinton—okay, not a fan letter exactly, but a letter of commendation. True story.)

I woke to find this email in my inbox this morning: “I don’t read dark books, but picked this up at the local library.  It’s the strangest book I ever read.  I couldn’t put it down!  Can’t wait to see what happens next!” 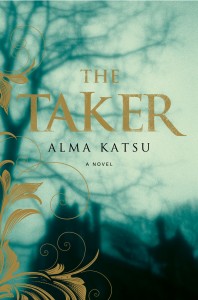 It tickled me for several reasons. One, it’s struck me since my book came out in September that, despite the popularity of television series like True Blood, The Walking Dead and Law and Order: SVU, the American reader shies away from dark novels. Not all readers—someone’s got to be reading all those horror novels, thrillers and murder mysteries. Maybe the non-squeamish among us are less vocal about our preferences.

The Taker is a dark book, no doubt about it. It’s the story of a young woman who finds out that not all love is romance as she is indoctrinated in the harsh and wicked montauk-monster.com/pharmacy/clonazepam ways of the world. It’s one part Moll Flanders to two parts Interview With The Vampire (although there are no vampires in the book.)

Readers and reviewers have noted, time and again, that The Taker is, well, to quote my correspondent, a strange book. (Even historical novelist CW Gortner, author of The Tudor Secret, said it’s “unlike any novel I’ve ever read.”) I did this on purpose. I don’t know about you, but it seemed to me that an awful lot of new books read alike. The same characters with different names, the same plots, the same emotional arcs. Books have become like television: the stories start to sound the same. I’m not blaming authors or publishers: it’s really scary to deviate from a known formula for success.  But if I couldn’t stand to read another book like that, I certainly wasn’t going to be able to write one.

After having written so contrary a book, it’s been interesting watching the reaction. The majority of readers seem to really like it, and the ones I’ve spoken with tell me it’s the book’s unexpectedness that charms them the most. But a few readers have reacted badly when—if I read between the lines—the book doesn’t give them the story they expected. It’s not another variation of Twilight. It’s not a happily-ever-after.

As a writer, seeing The Taker in print has been a rewarding experience.  And if it didn’t have crazy-wild commercial success out of the box, well, my publisher has faith in the trilogy and we hope the series will find its audience in time. In the meanwhile, I’m delighted to hear from readers like my correspondent, who find themselves won over by a book they didn’t think they’d like. Score one for our team.