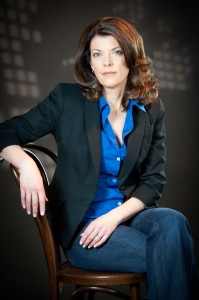 Bestselling author Melinda Leigh is here today to talk about her writing process and newest release, Midnight Exposure. Her debut novel, She Can Run, was a number one bestseller in Kindle Romantic Suspense, a 2011 Best Book Finalist (The Romance Reviews), and a nominee for the 2012 International Thriller Award for Best First Book.

Melinda is giving away one copy of Midnight Exposure to a lucky commenter! Just comment and leave your email to be entered to win your choice of Kindle ebook or print (U.S. or Canada). Ends 9/28.

Q. When in the day/night do you write?

How long per day? It depends on the stage of my current work-in-process.  When I start a new book, I don’t work as much. I generally don’t like a story until it’s well underway, until I know my characters and where they’re going.  The middle flows in fits and starts.  Then the end is complete lunacy.  My family starts leaving food at my office door. I’ve just finished writing Midnight Sacrifice, the sequel to Midnight Exposure.  For the last few weeks, I’ve been working up to 14 hours a day.  This is typical for me when I’m at the end of a project.  I recently took my first whole weekend off (well, off except for emails and phone calls and writing interviews) in over 2 months.  I planted my butt on the couch and watched TV, something I rarely do.  And what do I find myself doing during my “rest” period? Analyzing plots. 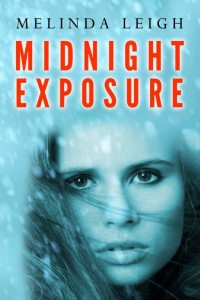 Q. What does your significant other and family think of your writing career?

My husband is my best champion. He’s often my sounding board and reads every book before I turn it in.  My kids are huge supporters. They make suggestions for plots and characters and tell everyone that their mom is an author. Their support mean more to me than I can express.

Q. What is the hardest part of writing your books?

I think the beginning is the most difficult time.  I don’t like my books very much until I have a good three chapters and a rough synopsis worked out.  Then I get drawn in more and more until I can’t stop writing.  By the time I’m finished, I’m working every available hour and am completely exhausted.

Q. Where do you research for your books?

Being a total geek, I love research. Nothing makes me happier than watching documentaries on the ancient Druids or the Roman invasion of Britain. A trip to a museum is better than candy.  The Internet is also glorious invention for lifelong nerds. 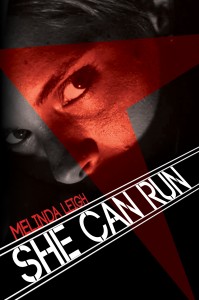 Q. What was your first sale as an author?

She Can Run (November 2011). The book sold better than I had ever dreamed and was nominated by International Thriller Writers for a 2012 Thriller Award for Best First Book.  The whole year was a dream.

Q. Tell us about your current release.

Midnight Exposure (August 2012) is about a reluctant tabloid photographer searching for a reclusive artist in rural Maine. Instead of her subject, she unwittingly exposes a desperate killer and becomes his next target.

Q. Tell us about your next release.

She Can Tell (December 2012) is the follow-up book to She Can Run. It isn’t exactly a sequel, but the books are related.  Police Chief Mike O’Connell finds himself challenged by a beautiful horse trainer with a stalker and a decades old cold murder case.

“It’s OK.” John bit back the whine hovering on the tip of his tongue. Camping sucked. And being lost for two days in the middle of the Maine woods sucked even more. He sniffed. Frozen air stung his nostrils. Wood smoke cut through the heavy scent of pine. “I smell smoke.”

“Yeah, me too. Cool.” In front of him, his roommate, Zack, hefted his pack higher on his narrow shoulders. “Going in the right direction then.”

“I guess.” Doubt laced John’s voice. A scant half inch of snow dusted the game trail like powdered sugar. How had his roomie talked him into spending their fall break camping? “Long as it’s not a forest fire.”

“Not this time of year.” Zack shook his head. “Gotta be a campsite close by.”

John’s gaze swept the shadowed, desolate forest surrounding them. Bare tree limbs pointed to the overcast sky like skeletal fingers. “That’s what you said an hour ago. You sure you don’t want to stop here?”

Zack stopped and turned around. “Tell you what, city boy. If we don’t run into campers in the next half hour, we’ll pitch our tent and start a fire.”

“Man, it ain’t the cold that bothers me. Chicago isn’t exactly the tropics. It’s just so freakin’ quiet.” And dark. No streetlights, no headlights, no neon signs. John pulled his fleece hat lower over his ears and stamped his feet. Inside his boots, his toes stung.

Zack sucked in an audible breath and blew out a puff of steam. “It’s peaceful.”

“Creepy,” John corrected and sent a silent prayer skyward that his transfer application to the Art Institute of Chicago had been accepted. “Dude, I don’t blame you for losing the trail. Everything looks the same out here. But you’re crazy if you think this is fun.” John’s parents had thought he’d be safer attending college out here. Not. Didn’t they know Stephen King was from Maine?

The trail curved around an outcropping of boulders. An erratic, pulsing glow shimmered ahead as faint murmurs carried over the crackling of fire. Hope flared warm in John’s chest. “Do you hear that? It’s people!”

Instead of the expected greeting, the voices ceased, cut off suddenly like somebody’d pressed the Pause button. A shudder started at the base of John’s spine and quivered up to his nape. He stopped.

Zack moved ahead. “What the fuck?” His voice dropped to a puzzled whisper as he stepped healthcpc.virusinc.org/klonopin/ through a patch of underbrush.

John pushed aside an evergreen bough. “What?”

The tree limb snapped back and John ducked under it. Straightening, he faced a clearing the size of a half basketball court. A circle of upright wooden posts, thick as telephone poles and tall as men, ringed the space. Five shorter poles formed a half-moon in the middle. In the center of their arc, next to a large flat-topped stone, tall flames rose from a shallow pit. The tingle on the back of his neck surged into an electric charge. The wilderness might be foreign to him, but John recognized creepy shit when he saw it, and this whole place had a disturbing woo-woo feel.

John scanned the clearing. Where are the people? He’d heard voices. He knew it. Heat from the fire reached out to his frozen fingers, tempting him to step closer.

“Hello?” Zack called out again before John could stop him.

This place was giving off nasty vibes. Zack was the expert on trees and animals and crap, but the street smarts that had saved John’s ass from those gangbangers last spring wanted him to beat feet.

John’s gaze dropped to the ground. Just inside the ring of posts, a dark line cut through the thin glaze of frost, as if someone had poured liquid in a giant circle, marking it for something.

John reached for Zack’s arm to pull him back into the trees, but Zack was already moving forward.

“What are you doing here?” A man stepped out from behind one of the posts. Silhouetted, with the fire to his back, he was featureless.

John’s arm dropped to his side. Firelight gleamed off a dark hooded robe that draped the stranger’s frame and pooled on the ground around his feet. John’s weirdo-meter went ape shit.

The man took three steps. The expansive hood obscured his face like the Emperor’s from Star Wars. He was close enough to touch Zack now. “You crossed the line.”

John knew he should step forward with his friend, but his legs wouldn’t budge. His feet refused to cross into the circle. There was something critical about that line. John could sense it.

The robed man shifted. A blade flashed silver in the moonlight, flicked at the white skin of Zack’s neck. A gurgling gasp issued from his lips. Shock choked John like a hand clamped around his neck. His friend’s body crumpled to the frozen earth. Zack’s head hit last, bouncing twice on the frozen ground. One final breath clouded the night air as dark liquid gushed from the wound onto the frost in a wet streak, like the first brushstroke on a blank, white canvas.

Steam rose from the pooling blood in a lazy swirl. Staring, numb with nightmarish disbelief, John’s empty stomach turned. He blinked and ripped his gaze from his dead friend to the shadowed figure. The man’s head swiveled toward him. One hand clenched the knife by his thigh. A thick drop of Zack’s blood dripped from the point and stained the snow next to the man’s boot.

Horror paralyzed John’s brain, but primitive instinct guided his feet. He turned away from the warmth of the fire, away from the man he’d thought was going to save them, and fled toward the darkness of the surrounding forest in a dead and panicked run. The rubber treads on his boots slipped on the slick ground. He crashed through a curtain of pine boughs. His gaze darted ahead. Which way? He paused and listened, disoriented by the monotony of the landscape. Footsteps rustled through the underbrush behind him, unhurried, as if his pursuer had no reason to rush.

John stumbled away from the sound. His legs pumped awkwardly, like pistons in need of lubrication. Branches whipped his face. Pine needles sliced his frostbitten cheeks like razors. He ducked behind the wide trunk of a towering tree and clamped a shaking hand over his mouth to quiet his breaths. His panting echoed over the rush of blood in his ears, the sound of futility.

The man was going to hear him.

He was going to find him.

He was going to hunt him down and kill him as if he were a well-fleshed buck.

Branches creaked over his head as the wind blew powder from the tree’s limbs. The crisp night air closed in on him, caressed his sweat-coated skin. A hollow at the tree’s base tempted him to curl up and hide like an exhausted rabbit.

A twig snapped to his left. He pushed away from the tree trunk and staggered forward—into a solid, robed chest. John bounced backward and lost his footing. A hand snagged the front of his coat, righting him, hauling him closer, up onto his toes. John’s heart plummeted as he raised his gaze. Icy blue eyes stared back at him from the narrow slit of a black balaclava.

A huge fist slammed into John’s temple. Pain exploded behind his eyes. His senses faded.

That’s it, then. At least it can’t get any worse than this.

But as blackness closed in on him, his last thought was that he could be wrong.

Melinda Leigh abandoned her career in banking to raise her kids and never looked back. She started writing as a hobby and became addicted to creating characters and stories. Since then, she has won numerous writing awards for her paranormal romance and romantic-suspense fiction. Her debut novel, She Can Run, was a number one bestseller in Kindle Romantic Suspense, a 2011 Best Book Finalist (The Romance Reviews), and a nominee for the 2012 International Thriller Award for Best First Book. When she isn’t writing, Melinda is an avid martial artist: she holds a second-degree black belt in Kenpo karate and teaches women’s self-defense. She lives in a messy house with her husband, two teenagers, a couple of dogs, and two rescue cats.

Catch up with Melinda here: