I’m thrilled to have on today, Dennis Palumbo, M.A., MFT. He is a novelist and licensed psycho-therapist in private practice, specializing in creative issues.

Therapist by Day, Novelist by Night
By Dennis Palumbo 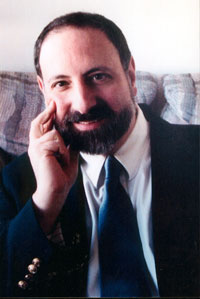 I must admit, I’ve had an interesting career journey. For many years I was a Hollywood screenwriter, after which I became a licensed psychotherapist specializing in treating creative types in the entertainment community. Now, after 24 years listening to hundreds of people’s most intimate stories, I’ve fulfilled a life-long dream and begun a series of crime novels. The first, Mirror Image, featuring psychologist and trauma expert Daniel Rinaldi, appeared in 2010 from Poisoned Pen Press.  The sequel, Fever Dream, came out in November, 2011. I’m currently working on the third, Night Terrors.

Which begs the question: what, if anything, does a Hollywood psychotherapist and a suspense novelist have in common? Actually, quite a bit.

For both a therapist and a crime novelist, it’s the mystery of character itself that intrigues, puzzles, and continually surprises. As a therapist, I’ve borne witness to the awful suffering, painful revelations and admirable courage of my patients—many of whom have survived unbelievable abuse, neglect and loss. Not to mention those whose lives have been marred by substance use, violence, and severe mental illness. 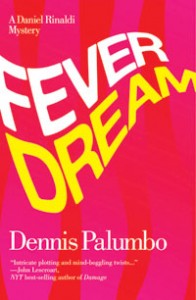 How people cope with these issues and events, how well or poorly they meet these challenges, goes directly to the heart of the therapeutic experience. My job as their therapist is to help identify self-destructive patterns of behavior, and to empower them by providing tools to address these patterns and, hopefully, alter them.

So much for my day job. Moonlighting as a suspense novelist, I find myself doing pretty much the same thing with my fictional characters. As a mystery writer, I believe  that crime stems from strong emotions, and strong emotions stem from conflict. Kind of like life. Which means the secret to crafting satisfying thrillers lies in exploring who  your characters are (as opposed to who they say they are), what it is they want (or think they need), and the lengths to which they’ll go to get it.

Moreover, using my experience as a licensed psychotherapist, I’ve woven many of the situations and people I’ve encountered into my crime novels. People like a particularly interesting patient I once met at the psychiatric hospital where I did my clinical internship. Now, many years later, he’s the inspiration for my hero’s best friend, a paranoid schizophrenic named Noah Frye.  Much like this patient from long ago, the Noah of my novels is funny, combative, and achingly aware of the reality of his situation. 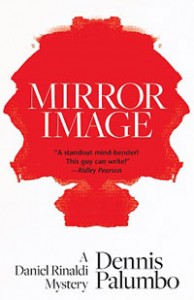 I’ve used other aspects of my life montauk-monster.com/pharmacy/nolvadex experience as well.  For example, although my practice is in Los Angeles, the novels take place in Pittsburgh, my home town. In addition, the series hero, a psychologist named Daniel Rinaldi who specializes in treating the victims of violent crime, shares a similar background to my own—from his Italian heritage to his love of jazz to his teenage years spent working in the SteelCity’s sprawling produce yards.

(Though, as each novel’s narrative hurtles Rinaldi into a vortex of murder and conspiracy, he reveals himself to be a lot braver and more resourceful than I am!)

But there’s another connection between my role as a therapist and my role as a mystery writer. Like the therapist, the crime novelist swims in an ocean of envy, greed, regret, and desire.  As a therapist does, the crime novelist must relate to his or her characters. Must be able to understand and empathize with their wants and needs. Must, in fact, go inside their heads and think as they think, feel as they must feel.

Since most of my patients are in the entertainment industry—writers, actors, directors, etc.—they present a broad canvas of creative passions, lofty ambitions, wild yearnings and devastating defeats.  They love and hate deeply, with an artist’s fervor, and this extends beyond career considerations into the most intimate aspects of their personal lives.

All the things, in other words, that make reading a crime novel so satisfying!

BIO:
Formerly a Hollywood screenwriter (My Favorite Year; Welcome Back, Kotter, etc.), Dennis Palumbo is the author of Writing From the Inside Out (John Wiley). His mystery fiction has appeared in Ellery Queen’s Mystery Magazine, The Strand, Written By and elsewhere, and is collected in From Crime to Crime (Tallfellow Press). His debut crime novel, Mirror Image (Poisoned Pen Press), features psychologist Daniel Rinaldi, a trauma expert who consults with the Pittsburgh Police. The sequel, Fever Dream, is available now.

The critics hail Dennis as a master storyteller. Bobby Moresco (Oscar-winning writer/producer of Crash and Million Dollar Baby) says “Mirror Image is a rich, complex thriller, built around a sizzling love affair. A compelling read, with surprising twists and characters that leap off the page.” Publisher’s Weekly raves that Fever Dream “Palumbo’s exciting second mystery featuring Pittsburgh psychologist Daniel Rinaldi…takes the reader into the seamy side of the Steel City, chock-full of corruption and crime, love and loss.”