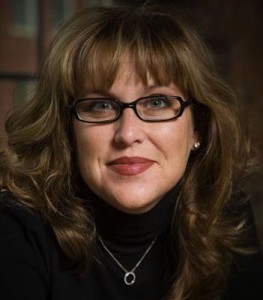 I’m super thrilled to have J.T. Ellison on today. She is the bestselling author of eight critically acclaimed novels, multiple short stories and has been published in over twenty countries.

Her novel THE COLD ROOM won the ITW Thriller Award for Best Paperback Original of 2010 and WHERE ALL THE DEAD LIE was a RITA® Nominee for Best Romantic Suspense of 2012.  She lives in Nashville with her husband and the ghost of a poorly trained cat, and is hard at work on her next novel. Visit www.JTEllison.com for more insight into her wicked imagination, or follow her on Twitter @Thrillerchick.

J.T., tell us about your newest release EDGE OF BLACK!

EDGE OF BLACK is the second Dr. Samantha Owens novel. Sam has taken a job heading up the Pathology Department at the Georgetown University. She’s convinced she needs a break from being a Medical Examiner, and she wants 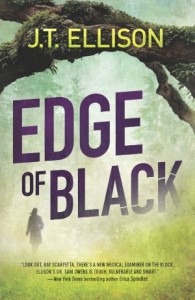 to be closer to her lover, Xander Whitfield. Part of her new job is handling the D.C. summer forensics joint university, so she’s teaching at George Washington University when a student falls ill in class. Sam rushes her to the hospital only to find there has been an apparent terrorist attack on the D.C. Metro subway system. The story takes off from there, leading into the wilds of Colorado on the trail of a killer.

How has your upbringing/environment affected what you write?

That’s a very interesting question. I grew up in the backwoods of Colorado with nothing to do besides entertain myself. I spent a great deal of time playing, and my parents encourage both my imagination and my love of reading. I think I always knew deep down I would be a writer, but I fell into the trap that so many creatives do – how to make that work as a viable career. So I went into politics and marketing instead. I stayed away as long as I could, but the Muse always wins in my world. When I succumbed, my life improved immeasurably.

What are the challenges you face in writing a series, especially a new series?

Series are fun because you have a set of constraints to work within; characters that people know, like (or hate) and expect to see from book to book. Starting a new series is terrifying. Will people like Sam? Will they hate me for putting Taylor on the back burner? Will they understand that as a writer, I want to spread my wings and try new things? All these thoughts – but in the end, everyone seems to like Sam pretty well, so my worries were put to rest.

Has there been a special character that grabbed you and become larger than anticipated?

I just finished a Taylor Jackson novella, and the villain in that story truly paraded onto the screen and stole the show. Memphis Highsmythe, of course, so much so that he needed a second book. Darren Fletcher from the Sam books, too. It’s strange how secondary characters can breathe such premier-pharmacy.com/product/yasmin/ life pharmacy-no-rx.net into the stories, but that’s the fun of it, really. 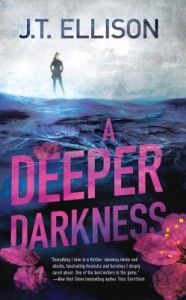 In three words describe your writing.

Where do you dream of traveling to and why?

I’ve always wanted to go to Tibet, but if I’m daydreaming, Italy always comes first. Scotland is a close second. I do get the urge some days to just pack a bag and go, fly to Europe and see what strikes my fancy.

How would you describe your life in only eight-ten words?

Exceptionally blessed with love, a wonderful husband, family and friends, and a kick-ass career that I adore.

Do you have one sentence of advice for new writers?

One that was told to me when I was starting out, by Stuart Woods. “The only rules are those you create, page by page.”

If you could acquire any talent, what would it be?

I’m actually going to try painting. I’ve long since given up on dressing myself with any real style.

What is your biggest pet peeve?

I get really uppity when people talk badly about their “friends” and look down on people. There’s simply no room for it in my world.

What is the hardest part of writing your books?

The beginning. I malinger for weeks until the story really starts coming together, usually around the 30,000 word mark. Then I start feeling like I have a book.

Does your significant other read your stuff??

Poor man, he hears my stuff. Pretty much daily. I run through plot and story ideas, character development, frustrations and successes, and he always listens and has great suggestions. By the time he gets the physical copy, he already knows what’s going down because I’ve talked him to death.

What was one of the most surprising things you learned while writing your books??

That I could write more than one. And that you never want to fudge your research. And that our bodies are all little machines, exactly alike inside, and it’s kind of cool to look at. (I learned that during autopsies, of course.)

What was the scariest moment of your life??

My book launch. I had to stand up in front of all my friends and family and readers and say thank you. I am petrified of public speaking – back then I needed anxiety medication just to think about it. It became a breathing optional moment.

Is there a book you love to reread?

Who should play you in a film of your life?

Oh, my. Let’s see. No earthly idea. Charlize Theron, if I have to pick someone. She’s quite tall, like me.

Where are your fans most likely to find you hanging out?

Facebook and Twitter. I try to be good and only go on Fridays, but I slip. A lot. I have a blog, too, Tao of JT, where I talk writing, and whatever else my magpie mind feels like talking about.

Is there a piece of advice that you have received that has really stuck with you? If so, what was it?

Be true to yourself, no matter what.

Thanks for having me, Donna!!!