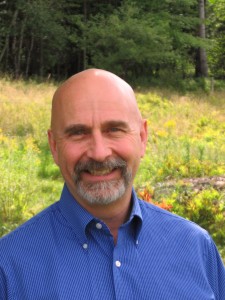 I have a treat with fellow International Thriller Writers Debut Author on today and all-around fascinating guy, James M. Tabor.  James is lauded as “the new Michael Crichton” and is the writer and host of the acclaimed national PBS series, “The Great Outdoors”…among many things.

New York Times bestselling author Steve Berry notes his debut thriller THE DEEP ZONE is “Dark and terrifying. This book should come shrink-wrapped with a seat belt.” James is also an award winning non-fiction writer, but today he is here to talk about voice in fiction. 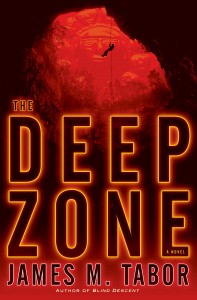 After having tried mightily–and failed–to define pornography, Supreme Court Justice Potter Stewart, no mean writer himself, threw in the towel, adding, “But I know it when I see it.” One of the most famous and indefinite definitions of all.

That about sums up my own attempts to define the thing we call, for lack of a better term, “voice” in writing. Googling “voice in writing” produced 417 million results in 0.48 seconds, including this from Wikipedia: “…the literary term used to describe the individual writing style of an author…generally considered to be a combination of a writer’s use of syntax, diction, punctuation, character development, dialogue, etc., within a given body of text (or across several works). The key word there is generally. My response to that kind of thing is, generally, dozing.

At the spectrum’s extreme other end, consider this ultra-specific gem from Ben Yagoda’s Sound on the Page: “I love words with lots of consonants. If you print out all the five vowels, they have six points—serifs—total. But x,k, and t each have four points, like a young boy deer.”

Rita Mae Brown once told me, “Voice is when it sings.”

Recently, an aspiring novelist lamented that she just couldn’t seem to “find her voice.” I asked what she meant by “voice.”  She said, “What sounds like me and nobody else.”

“Sounds like me and nobody else.” We know that when we read it. Dickens, Melville, Crane. Closer to us, Hemingway, Faulkner, Woolf. Closer still, Charles Frazier in Cold Mountain. But not only premier-pharmacy.com/product/inderal/ “literary” novelists have distinctive voices. Think of Elmore Leonard or James Lee Burke or, one of my personal champs, Raymond Chandler. For example:

“He got out of the car and walked across the sun-drenched sidewalk until the shadow of the awning over the entrance fell across his face like the touch of cool water.”  (R. Chandler)

That sentence (as opposed, say, to “He crossed the sidewalk”) makes me feel scorching heat, vague threat, relief—(that “cool water”)—and apprehension. Something not good waits beyond that crossing.

Perhaps that’s the best definition of voice that I, at least, can conjure. Writing that creates emotion.

The girl was waiting for a train.

Mary’s daughter was stretched tight as hide on a tanning rack over rails then beginning to hum.

Oh, by the way: Chandler’s editor cut that sentence from the story before it was published.

BIO: James M.Tabor is the author of THE DEEP ZONE,  a thriller that explores one of the world’s last frontiers as a brilliant and beautiful scientist and a mysterious special ops soldier must lead a team deep into the earth on a desperate hunt for the cure to a deadly epidemic. Lauded as “the next Michael Crichton,” debut novelist James M. Tabor won an O.Henry Award for short fiction.

He is also an international award-winning, best-selling nonfiction author. He has written for The Wall Street Journal, Washington Post, Time, Smithsonian, and many other national publications. The writer and on-camera host of the acclaimed national PBS series, “The Great Outdoors,” he was also the creator and executive producer of The History Channel Special, “Journey to the Center of the World.” The second novel in his Hallie Leland series, FROZEN SOLID, is due out next April from Ballantine/Random House. He is also at work on a memoir, SALT AND PEPPER, of his days as a street cop in Washington, D.C.