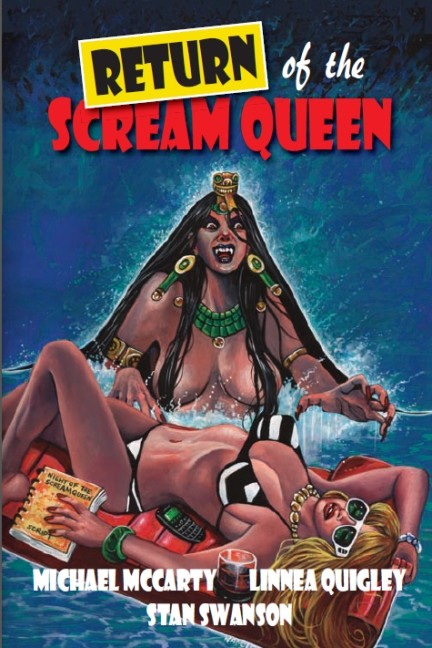 **CONGRATS TO THE WINNERS**

Nicole Zoltak and Ron Breznay have won copies of Return of the Scream Queen! Christopher Miron has won an autographed copy of Writer’s Block magazine, that includes an interview with Frederik Pohl!

It’s beyond awesome that I have horror author Michael McCarty on my blog today! He is an award-winning author who has penned over 30 novels and is a five-time Bram Stoker Award finalist.

Michael is giving away two copies of Return of the Scream Queen (Dark Moon Books), one Kindle and one Nook ebook. PLUS you could win an autographed copy of Writer’s Block magazine, that includes an interview with Frederik Pohl. Just leave a comment and your preference for Kindle or Nook, and you’re entered to win! The magazine winner will be contacted for an address to send the autographed copy.

Tell us about a favorite character from a book.
Michael: Probably Tommy Wharton from I Kissed A Ghoul (Noble Young Adult). **NOTE: See my review here of this fun read!**

Bentley Little wrote the introduction and Gerard Houarner. I co-wrote a chapter with P.D. Cacek and another with Mark McLaughlin. I Kissed A Ghoul was on the Final Ballot of the Bram Stokers for Young Adult Novel. Please do check it out.

Tell us about your next release.
Michael:  Rusty the Robot’s Holiday Adventures co-written with Sherry Decker and will be published by the Pie Plate Publishing Company very soon. It is my first kid’s book and is about a centuries old antique robot that is found abandoned in the Forbidden Zone on Halloween by the eleven-year old twins. The Montgomery kids are certain that with a little skill and a bit of luck they can repair the robot. I hope people find it a fun book.

What was your first sale as an author?
Michael: My first sale was of a record review of Pink Floyd’s The Final Cut that was in 1983. My first national sale was with science fiction writer Frederik Pohl for the magazine Starlog in 1993. My first book was published in 2003, Giants of the Genre (Wildside Press).  I wonder what great and wonderful things still could happen in 2013?

Does your significant other read your stuff?
Michael: Not only does my wife, Cindy read my books, she helps me edit and occasionally even writes with me. We collaborated on some short stories that have appeared in my short story collections Dark Duets (Wildside Press), Little Creatures (Sam’s Dot Publishing), A Hell of A Job (Damnation Books) and the upcoming Laughing in the Dark (Damnation Books) and A Little Help From My Fiends (Wildside Press).

If you couldn’t write, what would you do?
Michael:  Probably go insane. Writing really keeps me sane (laughs).

What was one of the most surprising things you learned while writing your books?
Michael:  With Lost Girl of the Lake (Bad Moon Books), co-written with Joe McKinney, I rediscovered two things about my life: one was about skinny dipping, which I would rather not go into. The other is, I am a lot more afraid of snakes than I realized. The book was on the Final Ballot of the Bram Stokers for 2012 for Long Fiction. Unfortunately, it didn’t win.

The other series is the Bloodless Vampire Series: Bloodless and Bloodlust both co-written with Jody LaGreca and published by Whiskey Creek Press. These two books are about a one hundred year old vampire named Daniel Peck who has survived the Lusitania and Hindenburg but may not survive true love. In the second book he encounters Marilyn Monroe.

Excerpt from Return of the Scream Queen
by Michael McCarty, Linnea Quigley & Stan Swanson
Chapter One
Stay The Night

It was one of those days that a tourist would find hot and hazy. A day for a trip to Grauman’s Chinese Theatre or Madame Tussauds. Anything to stay out of the heat. But for Southern California residents, it was just another typical hot and lazy summer afternoon.

Desiree Starr had dealt with the desert for years and usually conquered it by lying in her shaded pool on her pink plastic raft. Both plastic armrests on the raft were filled. One held her cellphone and the other a half empty Margarita glass. (Very little ice, a heavy load of salt around the rim and plenty of Tequila.) Her laptop rested on her bare stomach and a half dozen movie scripts were within arm’s reach between her thighs.

The Santa Annas blew the smog to another part of the planet for a change and she breathed in the hot breezy balmy air which carried a hint of jasmine from her neighbor’s flowering shrubs. The old man next door gave her the creeps and Donald told her that he thought he might be a Peeping Tom, but he sure took good care of his garden and shrubbery.

Finding that her brain refused to kick in, she closed the laptop and reached for the scripts. She really didn’t want to do another horror movie, this one with the title The Slime Creature Rises Again. She didn’t even know the Slime Creature rose at all. If she played her card rights, maybe she wouldn’t have to any more slimy or creature movies anymore. But her mother in Nebraska had always told her, “If you jump out of a plane, be sure you have a second parachute, just in case the first one doesn’t open.” As much as she hoped that Bullet City would become a big hit, nothing was for sure in this crazy town. But doing another horror movie after Hell’s Belles weighed heavily on her mind. And she didn’t even want to think about everything that had happened in the Devil’s Bayou. But there were bills to pay after moving into Long Beach condo and it didn’t take too long to be forgotten in this dog-eat-dog business. Or was that bitch-eat-bitch business?

Lost in her own world as she paged through one of the scripts, she didn’t even notice the ripple in the water off to her left. Long green fingers with razor sharp nails broke the water surface first and was followed by a swamp green slimy hand. The hand reached for the side of her raft and she broke into laughter. 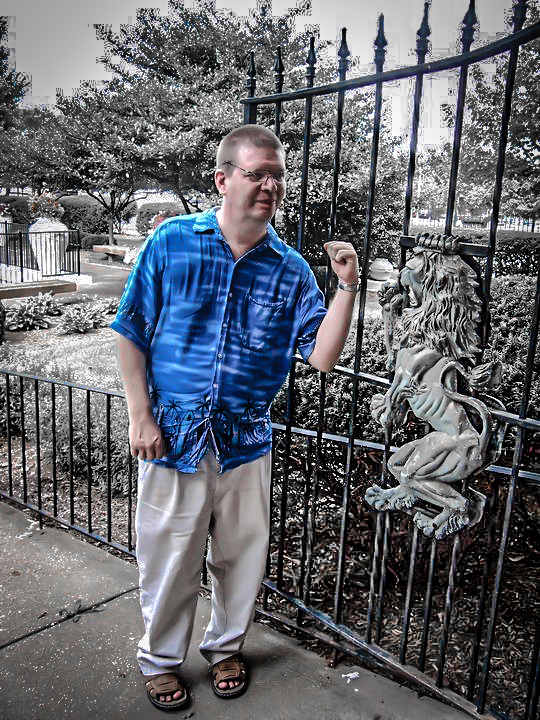 ABOUT MICHAEL:
A former stand-up comedian and musician, Michael McCarty has been a professional writer since 1983. The author of 30 books (fiction and nonfiction). He has also penned hundred  of articles, short stories, poems, etc. He is a David R. Collins’ Literary Achievement Award winner from the Midwest Writing Center and a 5 times Bram Stoker Finalist. He lives in Rock Island, Illinois with his wife Cindy and pet rabbit Latte.  The author of such books A HELL OF A JOB, LIQUID DIET, ESOTERIA-LAND, DARK DUETS, LITTLE CREATURES, MODERN MYTHMAKERS, MASTERS OF IMAGINATION, GIANTS OF THE GENRE. And has collaborated on MONSTER BEHIND THE WHEEL with Mark McLaughlin, GHOSTLY TALES OF ROUTE 66, PARTNERS IN SLIME with Mark McLaughlin, I KISSED A GHOUL, LOST GIRL OF THE LAKE with Joe McKinney, NIGHT OF THE SCREAM QUEEN with Linnea Quigley and many more. 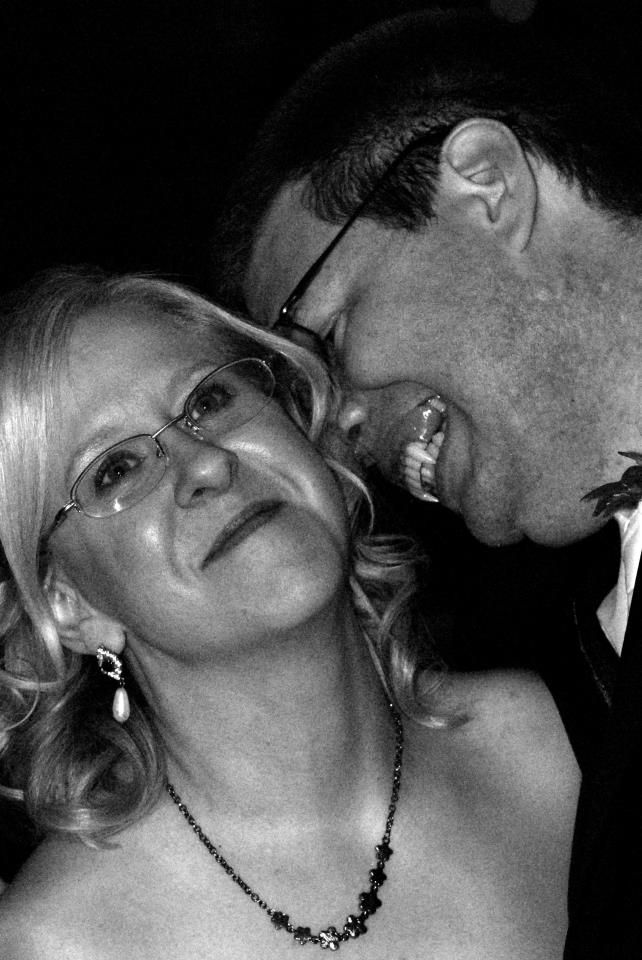