Nightmares. My child has had them. I’ve had them. They filled my nights with dread from a child through my 20s. I wrote about these stark, violent dreams that affected me, here, and how I eventually conquered them.

As a mother you know instinctively how to soothe your child when he wakes terrified from demons that chase him in his sleep. You smooth his hair back, hold his trembling limbs in your arms, kiss his tears away, and tell him all is right in his world.

But there is something even scarier than this that I had never experienced with my child until now. 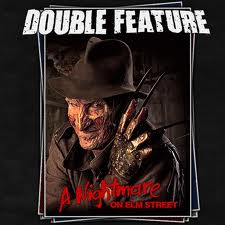 Then his murderous screams launch me upstairs to find him running wildly about with eyes wide. A grimace of deep fear is etched on his face as he runs from window to doorway and back again–searching for something. His unintelligible rantings crash over me as his terror fills me. He stretches his face, fingers and fist in his mouth, pulling his eyelids down. A zombie gone mad.

Finally words blast through his delirium. “No! No! I don’t want the world to end!”

“Joshua, it’s Mommy! What’s wrong?” I try to restrain him. He pulls away, panting fast.

He lurches from room to room. I rush after him down the stairs afraid he’ll hurt himself. He frantically looks out each window, garbling out his last words it seems before death takes him.

“The world is ending!”

His wild eyes dart back and forth. He falls to his knees, hugs the ground trying to survive, and staggers up again. Is his fever so high he is having a seizure?

“Help me!” He claws at me, pleading, and whirls away again seeking refuge from death’s door. He drops to the rug, thrashes about as his moans go on and on.

I can do nothing; only helplessly watch as my tortured child acts out his scene. Agonizing to witness.

This goes on for nearly ten minutes. Finally, he sits on the couch. “Where am I?”

He stares straight ahead, lays on my lap. Falls asleep again.

And then the screams start again.

After the second episode, I called his doctor. He reassured me this is normal, and just to keep an eye on it. I searched the Internet on night terrors and amazed to find so many families going through this.

What IS a night terror? Called sleep terrors too, it’s a disruption in your child’s sleep that can seem like a nightmare but is not and is far more dramatic. Your tadalafil child appears wide awake stricken by such fear they are inconsolable, no matter what you try. And they are in a deep sleep even though they appear wide awake!

Nightmare: happens in the later part of the night during REM sleep where dreaming occurs
Night terror: happens in the first 1-3 hours of sleep, during non-REM sleep like a sudden reaction of fear from the transition from one sleep phase to another
Nightmare: your child wakes up, can be comforted, and recalls the nightmare
Night terror: you child is not “awake”, cannot be comforted and does not remember the episode as they were in a deep sleep before they entered the dream stage and no images can be recalled

Physical signs of a night terror:

But I want to know WHY does this happen? It can occur if your child is:

One theory is that night terrors occur because the part of your child’s brain that regulates sleep and waking is still maturing. They disappear on their own as the nervous system matures. And it can be genetic. Many kids who have night terrors have a relative who also experience them or sleepwalking. However, they are rare with only 1% to 6% of children having them.

So what can we do to cope with Night Terrors?:

There’s no treatment for night terrors, but here’s how you can help prevent them.

It’s very disturbing to watch your child go through this, unaware of their actions and fear. It’s one of those things in the universe I wish I didn’t know about. It thrusts a shaky hold on the foundation beneath my world of what is possible, and yet I am fascinated by the complexity of our brains. What else is there we can experience? I’m terrified and yearning to know all at the same time.

Have you ever experienced night terrors or your child? How did you cope?