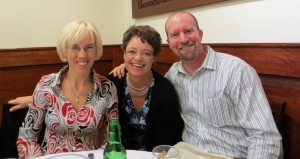 People: A ton of them this week! Met new and legendary authors at ThrillerFest VII in NYC. Read a great wrap up of ThrillerFest here by Anthony J. Franze and Jenny Milchman. 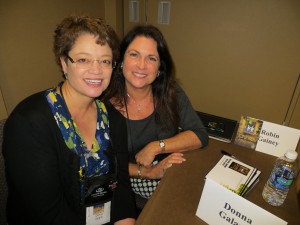 New being my fellow ITW Debut Authors such as Robin Gainey, Nancy Bilyeau, Brian Andrews, Amy Rogers, Amy Shojai, and Jeremy Burns – just to name a few of the 21 of us that presented our debut novel at the conference. 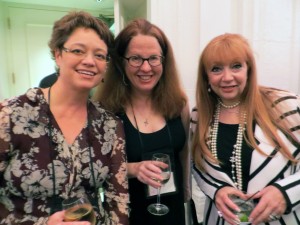 See the full list of these rising stars here as reported by the Library Journal. 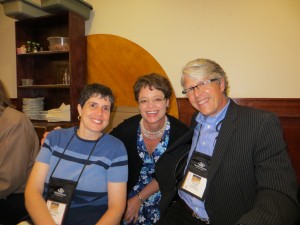 First night out in NYC with Janice Bashman and Doug Preston

And legendary folks were there such as R.L. Stine, Sandra Brown, Catherine Coulter, David Morrell, and Lee Child. Had an amazing time with some fascinating and fun people all around. 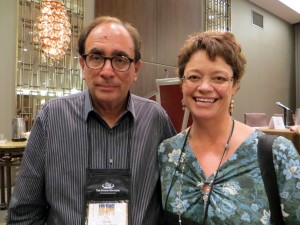 My son’s favorite, the legendary R.L. Stine, celebrating 20 years of the Goosebumps series. 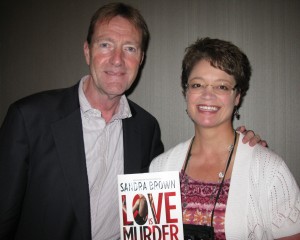 See my full ThrillerFest album here. I learned that we are all unique in how we write. R.L. Stine types all of his books with one finger. Richard North Patterson spends eight months creating a folder for each chapter then sits down and writes the entire novel in a month or so. Doug Preston helped find a legendary lost city of Honduras in his research.

I learned the fascinating backgrounds of some authors. Peter James was once the housekeeper for Orson Welles. Ted Dekker was raised by missionaries who lived among the headhunter tribes of Indonesia. 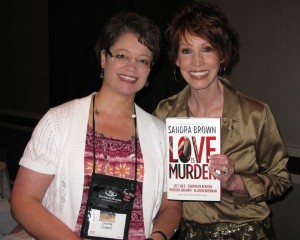 With the gracious montauk-monster.com/pharmacy/diazepam Sandra Brown

And as if meeting super star authors wasn’t enough, I was lucky to sit down to dinner next to the lovely star of Charlie’s Angels, Cheryl Ladd, and her author and music producer husband, Brian Russell. 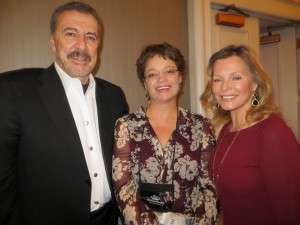 Passion: Author! Author! And many of them. I was surrounded by authors of all levels from the emerging author to the thriller author with 30+ books out.

And what are they passionate about? Writing of course! I sat in on some lively panels from how to kill off your characters, what are the bones of a good thriller, does sex really sell?, how to handle taboos, to keeping it credible. All debated with passion. We writers live for our stories and characters. The vibe for it was heavy. 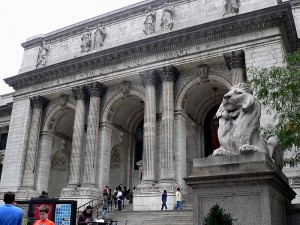 Places: NYC of course. It’s been many years since I traveled in to the Big Apple. It’s as vibrant and noisy and colorful as I remember. Just walking the streets and venturing into the NY Public Library was an experience. This imposing Beaux Arts building at 5th and 42nd St. is a walk in history and phenomenal architecture of the previous century. 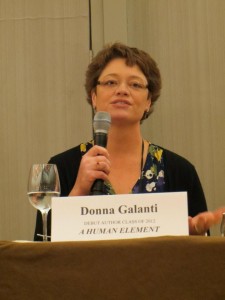 At the ITW Debut Author Breakfast

Pain: Knowing I would have to present my book to the conference. Preparation and practice almost shed the anxiety – until the microphone was passed to me! And lack of sleep. Not the worst pain there is, especially when it means attending such a conference as ThrillerFest. But a few days in a row with only four hours of a sleep each night add up. It’s worth it.

I’ll leave you with one of the highlights at ThrillerFest was the hysterical “Ghost Writers In The Sky” performance by authors Brad Parks and Daniel Palmer.