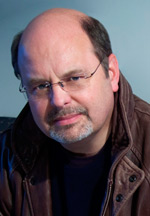 New York Times bestselling author John Gilstrap sits down today to talk about his newest book in the Jonathan Grave series, DAMAGE CONTROL, why he went back to his day job, and his thoughts on Tinseltown.

Q. Tell us about your newest thriller, DAMAGE CONTROL, and where the idea came from.

A. DAMAGE CONTROL is the fourth book in my Jonathan Grave series.  A former Delta Force operator, Jonathan specializes in freelance hostage rescue missions.  He’s the guy you want to hire if a loved on is taken, and you just want them back–if you don’t care all that much about what happens to the bad guys.  And as I write that description, I realize that I make the books sound much harsher than they really are.  My thrillers all have a lot of heart.

In DAMAGE CONTROL, the book opens with Jonathan and his colleague, Boxers, attending what was supposed to be a routine ransom drop-off deep in the jungles of Mexico.  At the last minute, though, somebody opens fire, and the routine turns to terror.  By the time the shooting is done, all but one hostage is dead, and now Jonathan has to make it through a thousand miles of difficult terrain and a Mexican police force who believes that he and his team are murderers.  Finally, it becomes apparent that Jonathan has been betrayed by some very powerful people in Washington who want him dead. The idea came from the headlines.  Kidnapping and murder have become profitable businesses among the drug lords of Mexico.

Q. What are the challenges in writing a series character like Jonathan Grave and how has his character changed over the course of the series so far?

A. I think the biggest challenge in writing an extended series is the problem of maintaining consistency–everything from characters’ preferred drinks to the color of their eyes and the details of their back stories.  Jonathan’s character arc is frankly a pretty shallow one within any one book.  He’s so good at what he does, and he has locked his emotions so thoroughly away that he’s not the least bit interested in evolving.  He’d much rather that other people evolve to become him.  Over the course of several books, though, I think readers will see how the pressures of what he does wear away on him over time.  That said, Jonathan doesn’t whine.  He will never whine.

Q. You quit your day job when you hit “the big time” with NATHAN’s RUN but then you did something unheard of for a full time successful writer – you went back to a day job. Why?

A. I am a classic Type A extrovert.  I draw energy from being around other people.  I enjoy interacting with other people.  Combine those personality traits with the fact that I always enjoyed by Big Boy Job–I’m a safety engineer with special knowledge of explosives and hazardous materials–and I ultimately found the seven years of full-time writing to be a physical and psychological drain.

Of course, the trade-off is that I no longer have any free time at all.  You’d think that would be a problem, but here’s a dirty secret: I’m more prolific as a part-time writer than I ever was when I wrote full-time.

Q. Two of your books have had much montauk-monster.com/pharmacy/vicodin interest with top movie producers. Can you share what that learning experience has been like partnering with Hollywood?

Tinseltown is an exciting place, and there’s always a little boy jumping up and down when I negotiate a deal, but at the end of the day, the business rules in Hollywood are different than they are outside of the entertainment business.  Promises aren’t necessarily commitments, and sometimes those people who seem so nice are in fact trying to take advantage of you.  Not all of them–in fact relatively few of them–but it happens frequently enough that no one ever trusts anyone.

But the money can be really good, and the creative process can be exhilarating.  I’d do it all again with them in a heartbeat. Q. Your book SIX MINUTES TO FREEDOM was a non-fiction book published to considerable acclaim.  How did this book come about?

A. SIXMIN is a book born of pure happenstance.  A friend introduced be to another friend who happened to be Kurt Muse, a genuine hero that few people had ever heard about.  In the late 1980s, when Manuel Noriega was terrorizing the citizens of Panama, Kurt–and American citizen who’d grown up on the Panamanian economy–joined forces with some local Rotarians to create a radio network that broadcast the truth about Noriega, and in the process raised themselves to be the dictator’s number one most hated enemy.  After he was arrested and jailed in the most horrific circumstances, he continued his resistance network.  Ultimately, in December of 1989, he was rescued by Delta Force in the opening moments of the invasion of Panama.  It’s an amazing story.  Interestingly, the research from that book is what led to the creation of the Jonathan Grave series.

Q. You worked with a co-author on SIX MINUTES TO FREEDOM. What was that experience like and would you co-author a fiction book?

A. Kurt is like my brother from a different mother.  I’d do anything for him.  Writing the book together was a terrific experience.  Through him, I met some of the most remarkable people I’ve ever been associated with.  I wouldn’t have considered writing his story without his name on the cover.

As for fiction, I work alone.

ABOUT JOHN:
John Gilstrap is the New York Times bestselling author of Damage Control, Threat Warning, Hostage Zero, No Mercy, Nathan’s Run, At All Costs, Even Steven, Scott Free and Six Minutes to Freedom. In addition, John has written four screenplays for Hollywood, adapting the works of Nelson DeMille, Norman McLean and Thomas Harris. Most recently, he has signed two movie deals for his books. He will write and co-produce the film adaptation of his book, Six Minutes to Freedom, and executive produce the film adaptation of Scott Free.

A frequent speaker at literary events, John also teaches seminars on suspense writing techniques at a wide variety of venues, from local libraries to The Smithsonian Institution. Outside of his writing life, John is a renowned safety expert with extensive knowledge of explosives, hazardous materials, and fire behavior. He currently works as the director of safety for a large trade association in Washington, DC. John lives in Fairfax, VA.