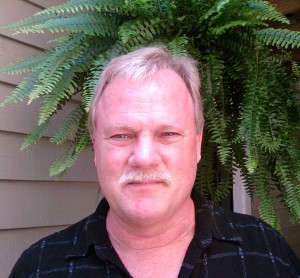 Welcome thriller author Thomas Rydder today.  The Clearing, a novel of ordinary people thrown together in extraordinary circumstances, is his first novel. Thomas is also giving away a print or ebook of The Clearing and a PDF of his new short story, Do Unto Others. Enter to win below!

An interview with Thomas Rydder

Tell us about your next release.
After “The Clearing was accepted at Greyhart Press, I found myself with some down time. So, I decided to get a little more writing in, while I had the time. I’ve been a ghost enthusiast for some time, and I had a few story ideas, so I wrote a couple short stories, to start off with. One is about a street punk and one centers around a biker gang. After that, I started a novella – which is almost finished – about a young girl who becomes somewhat unbalanced from events in her life, and decides to get revenge on some folks who have wronged her. Those will come out shortly in an anthology from Greyhart, and I called it “Restless Souls: Three Tales of Dread”.

When in the day/night do you write? How long per day?
As far as how long goes, whatever time I have. Since I have a marriage that I’d kinda like to keep, and a job in the same category, the writing has to fit in. For time of day, I’m a morning person, always have been. I can get up at 5 a.m., no problem, and be blasting away. By the time  9 p.m. comes along, I’m done.

What was one of the most surprising things you learned while writing your books?
How much work it is to get it right. Not the puncuation; that’s just rules. I’m talking plot, pacing, and characters. I have spent years reading Stephen King, Robin Cook, and Dean Koontz, and never knew just how tough it is to get the phrasing, the mood, the tone just so. I still don’t know, obviously, but the sheer effort it takes to go back over a single paragraph, a single sentence and throw yourself into the scene to picture how it flows and if it works well is astonishing. 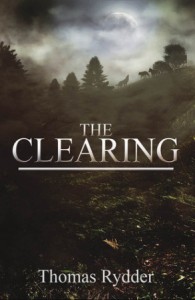 Do you listen to music while writing? If so what?
I do, actually. I’m an old-time rock ‘n roll man through and through, but rock doesn’t really lend itself to quiet concentration. Even though my favorite rock band is ZZ Top, I’m also particularly fond of the violin, and love piano concertos. As far as composers go, either Schubert or Brahms.

What was the scariest moment of your life?
I did land surveying for a number of years. I was working on Hilton Head Island, and had to take the ferry across Daufuskie Sound to retrieve a 14-foot flat bottom john boat that had been left behind when we did some work on Daufuskie Island. The sound is about three miles across, and I came back across in that john boat – with a 9 horsepower moter – and only a life jacket. Right before I left a  storm started brewing, and the entire passage was in two- to three-foot waves. Each wave pounded the bottom of the boat so hard I thought the rivets were going to pop out. It was raining, and there were no other boats. I was quite certain I was going to die.

How do you react to a bad review of your book?
The same as I’d react to striking out in softball or not getting a job after an interview. Let the emotions wash over you and pass. You have to be disappointed, that’s just human nature, so I don’t try to suppress it; just control it. After that, I read the review – several times. And I decipher what they said. Unless it’s nasty just for the sake of being nasty, it tells me some way – or ways – my writing can be improved.

What are the most important attributes for remaining sane as a writer?
Keep it in perspective. Writing can get hold of you, particularly in my case. I tend to go overboard with anything I do. My wife helps me with this (just trust me on that one). Seriously though, she helps me keep it in its place, as any facet of life should be. I think it’s more enjoyable that way. As the Romans said, everything in moderation.

Say your publisher has offered to fly you anywhere in the world to do research on an upcoming book, where would you most likely want to go?
I’d love to go to Scotland. It’s such a spectacularly beautiful place, and haunted castles and towns are everywhere! So research for any of my paranormal books would be a blast. If we’re talking another werewolf story, then Hungaria. It has some of the oldest and most involved werewolf legends, and I’d get some fantastic ideas for any number of stories.

What do you find most rewarding about writing?
I’ve had a few people actually email or message me, telling me they’d purchased my book – one even was doing it quickly premier-pharmacy.com/product/celebrex/ because she was about to sit down with a cup and have at it. That still blows my mind. Someone who only has a certain number of hours in a day is taking the time to read something I wrote. Wow.

Is there a piece of advice that you have received that has really stuck with you? If so, what was it?
If you’re going to do something, do it right. Don’t skimp, cheat, cut corners, or stop partway through. If you’re not willing to complete whatever it is to the best of your ability, don’t start it in the first place. Just get to  hell out of the way so someone else can do it.

Entice us, what future projects are you considering?
Plenty! As I mentioned, I have an anthology of ghost stories that will be out in a few weeks, and after that I plan on starting in on the sequel to “The Clearing”. I also have the basic premise for three thrillers: one involving bio-terrorism, one that centers on a ghost hunting team, and another that’s a story about a young couple, murder, and demons. Oh, and I also have a YA short story about time travel that I plan on filling out to novel length. And who knows – if the sequel to “The Clearing” gets a good audience, I might just turn it into a series.

BIO:
I was born in 1957 in a small town in Western Pennsylvania that had – and still has – one traffic light. I’m now the project manager for a small civil engineering firm in picturesque Charleston, South Carolina, and write paranormal thrillers. My debut thriller The Clearing is werewolves vs. small town U.S.A. and you can win a copy by entering the rafflecopter giveaway PLUS a pdf copy of my new paranormal short Do Unto Others. Enter to win below!

ABOUT THE CLEARING:
After twenty years in the Marine Corps, Major Frank Cutlip comes home to the quiet hills of his beloved Pennsylvania to take up a new life as the sheriff of Allegheny County. Professor Beth Lowe took up a post at Paxton University because she became enamored with western Pennsylvania’s charms, a more enduring love than she thought she would ever feel for a man.

When Beth’s dog is savaged by wolves, their peaceful lives are shattered, and their fates entwined. On the brink of death, the dog not only survives but grows larger… and more vicious. A thousand-year cycle of carnage is reaching its climax once more, and the peaceful wooded hills will soon be smeared with blood.

Sheriff Cutlip leads his community in a hunt for the hidden terror, but then his own brother is bitten, his blood corrupted by the ancient evil. The sheriff must confront terrible choices, and he can’t do so alone.

EXCERPT:
Beth punched the sheriff’s number into her phone as she pulled out of the parking lot. “Sheriff’s office,” came a high, evenly modulated voice, “Deputy Gibbons speaking.”

“Good morning, Deputy. I wanted to report that my dog has been bitten by a wild animal of some kind.”

“Alright, Ms. Lowe, when did this happen?”

“My dog got out of the yard last night, and was gone all night. When he came home this morning, he had been bitten on the neck. He seems to be fine, but I thought you should know.”

There was a long pause on the other end of the line. “You say it happened last night?”

Something in the deputy’s tone rang an alarm, “Yes, that’s right. Why?”

“Nothing, ma’am. What’s your address and phone number please?”

She recited the information, and the deputy thanked her, told her the sheriff would be in touch, and hung up. What was with him? she thought. He had sounded so spooked.

Back at the house, the ladies laid extra blankets in the dog’s bed, filled his food bowl, and attempted to put Flapjack down to rest. He would have none of it, and bounced around the room, mouth a’barkin’ and tail a’waggin’. As he paused to catch his breath, Barlow the cat strolled in casually. The moment his eyes fell upon Flapjack, he froze. He didn’t hiss, fluff up, or bare his teeth. He remained in position, one paw poised in mid stride, his yellow orbs fixed upon the dog. Flapjack slowly turned his head. Rising to his feet, he gradually lowered his head and regarded the feline with a level stare. They both remained in their respective positions while both Beth and Lizzie sat transfixed.

The ring of the telephone jarred everyone, and Beth stood to answer it, her eyes on Flapjack as he shook his head slightly, as if waking from a trance. For his part, Barlow seemed content to offer Lizzie an opportunity to scratch his ears, but he cut a wide circle around the dog to do so. Beth would later recall this was the last day she would see her two pets in each other’s company.